Originally from Denmark, Daniel moved to London in 2009 to study jazz and percussion at the prestigious Guildhall School of Music and Drama and has since established himself as a drummer, educator and author. His current quartet features Charlie Stacey, Alam Nathoo and Henrik Jensen. He has performed with the London Jazz Orchestra and has lead projects featuring saxophonist Martin Speake and guitarist Hannes Riepler. He has toured abroad and masters a wide spectrum of genres. In 2014 he graduated from Trinity Laban Conservatoire, earning an MMus degree prior to which he graduated from the Guildhall School of Music and Drama obtaining a 1st class degree and also received the Maldé Jazz Prize for the best final recital.

He enrolled at the musical foundation course in Holstebro, Denmark, and in 2008 he received the Bendix grant for showing great development and having a fine understanding of sound and musical touch on the instrument. 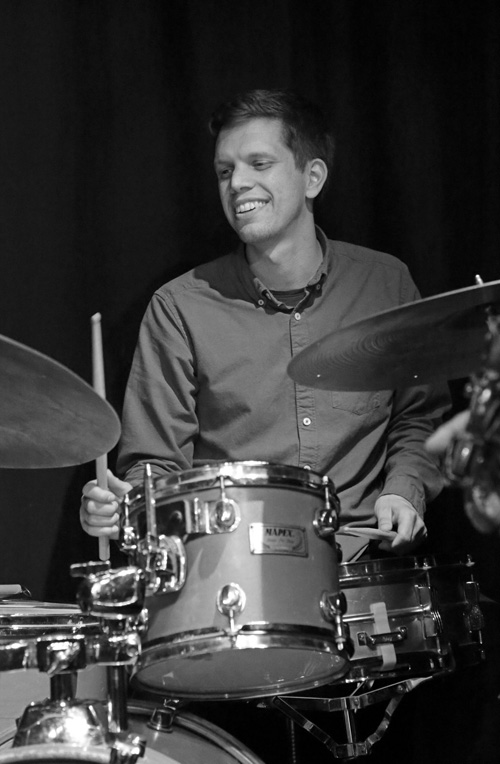 Contact Daniel to book his current musical project, a lesson or workshop.